The Swiss Society was established in 1935 by a group of immigrants who left their homeland to begin a new life in a country basically unknown to them, and far away at the opposite end of the globe. The aims and objectives of the Society were to assist other compatriots requiring moral or other support, as well as to promote cultural traditions for the continued benefit and enjoyment of all. 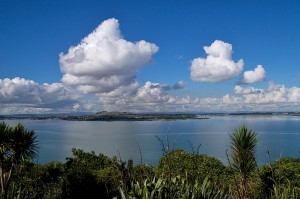 Within the Society there are four regional Swiss Clubs – Auckland, Hamilton, Taranaki and Wellington. Every Swiss club member is automatically a member of the Swiss Society as well. Each of the four clubs organise their own functions and activities throughout the year. These occasions are always a great opportunity to enjoy all things Swiss, such as folklore, speaking our mother tongue and savouring traditional homemade cooking and baking. It is also a good means of catching up with friends and meeting other Swiss and their families. Whether it is a new generation that’s born or someone that only recently arrived in New Zealand, we encourage the participation in the clubs to pass on and celebrate the Swiss culture and traditions.

There are organised sporting events for target shooting, bowling (Kegeln), cards (Jassen) and shot put (Steinstossen). There are also several performing artistic groups, such as yodeling, singing and many other traditional activities.

During the year the Society publishes six issues of the Helvetia magazine. The contents include news and photos of club functions, incidental news from Switzerland as well as some history and geography of our home country, a kids’ page, Swiss recipes and various articles submitted by the Editor, Delegate for the Swiss Abroad as well as the Helvetia Committee. Production revenue comes from a small annual subscription and income from advertisers.

Every year on Queen’s Birthday weekend in June, the Society holds its Annual General Meeting. Apart from conducting the official business, this time is also used to socialise, enabling people from all parts of the country to renew old friendships, as well as fostering new ones. Swiss club and Society members from all over New Zealand meet up for various functions during the weekend, which is always organised by a different club. This weekend also hosts the final of the ‘cowbell competition’, which brings out some fun rivalry between the four clubs. It is always a weekend looked forward to by many and a highlight of the Society’s annual activities.

Overall the Swiss Society is an organisation that holds the whole of the Swiss community together, on both a regional and national basis. It keeps people in touch with their home country, or country of heritage for the younger generation, welcomes new immigrants to New Zealand, and fosters contact with fellow compatriots.